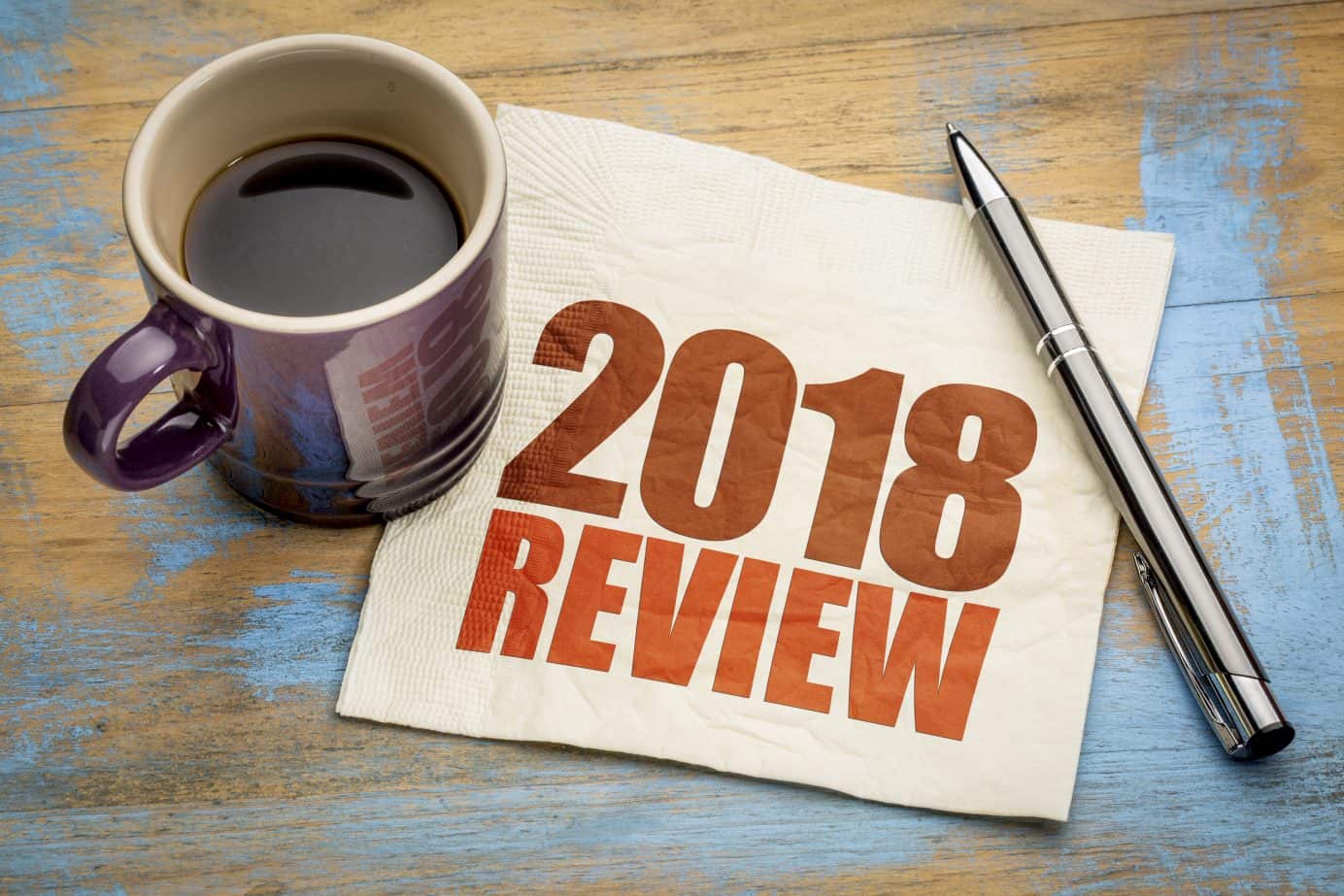 The past year has been a wild ride. The weather… the fires… the politics… the stock market. And through it all, marketing creatives have stayed the course. Here are some of the most memorable campaigns and trends from 2018: A Marketing Year in Review.

This hilarious Super Bowl LII commercial conjures a scenario where Amazon’s always-there-for-you virtual assistant Alexa has been rendered mute. The tech support team is quick to line up replacement voices, such as Rebel Wilson, Anthony Hopkins, Cardi B… and Gordon Ramsay, who turns on the snark when a grown man asks Alexa how to make a grilled cheese. Gordon/Alexa snaps back: “Grilled cheese! The name is the recipe!” And Cardi B/Alexa unapologetically ignores an older gentleman’s request for the device to “play some country music,” offering up some “Bodak Yellow” instead. The ad also went viral on social media—and is worth watching on repeat for the sheer entertainment value. The official version alone has 50 million views on YouTube. “Alexa! Play ‘Alexa Loses Her Voice.’”

SpaceX and Tesla CEO Elon Musk pulled lots of stunts in 2018… assembling cars in a tent… smoking marijuana on camera during an interview… announcing he would take Tesla private at $420 and then (oops) taking it back. It’s pretty easy to forget that in February he launched SpaceX’s Falcon Heavy rocket into space—with a cherry red Tesla Roadster on board. Millions watched on webcast. And yes, the car was equipped with cameras to capture the view. Ooohh! Aaaaahhh!

Bitcoin may have taken a nosedive, but just a few months ago everyone wanted in on the cryptocurrency craze. And not just Bitcoin… There’s Bitcoin Cash, Litecoin, Ethereum, Ripple, Stellar, Dash and way too many others to keep track of. In one of the, uh, oddest marketing campaigns of 2018, Dennis Rodman wore a PotCoin tshirt to the Singapore meeting between the U.S. and North Korea in June. PotCoin is a digital currency developed specifically for marijuana transactions, and its value spiked as soon as Rodman was shown wearing the promotional duds. Nevermind that smoking weed is punishable by death in Singapore… 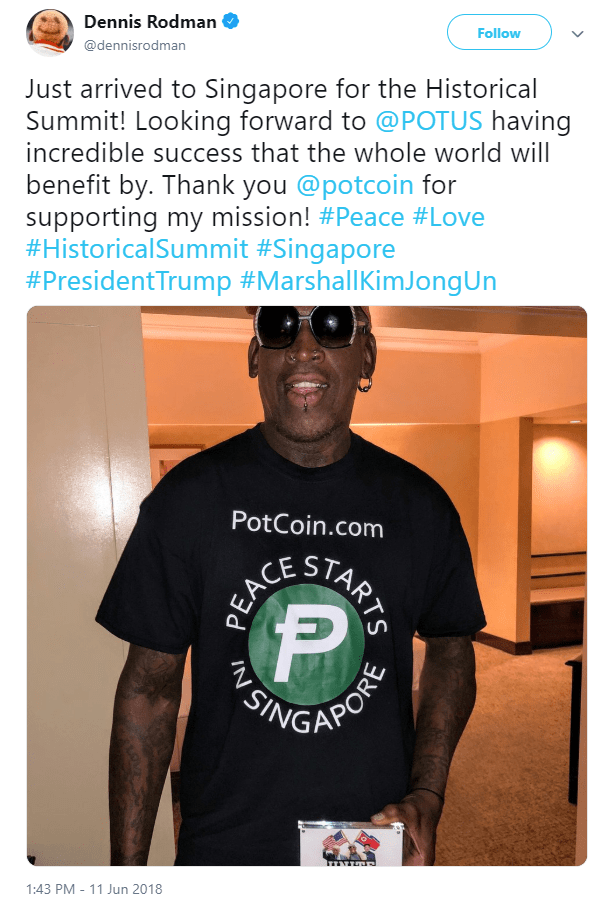 In a clever brand awareness campaign, International House of Pancakes (IHOP) announced it was changing its name to IHOb… causing an eruption of speculation across the Twittersphere. Did the “b” stand for bacon? breakfast? bitcoin? bananas? In the end it was revealed that “b” was for “burgers” as the chain introduced new menu items and reminded the public that it’s about more than just breakfast. The short-lived, wildly interactive campaign was a huge success in bringing in a bigger lunch and dinner crowd. According to Business Insider, IHOP’s burger sales quadrupled after the campaign. 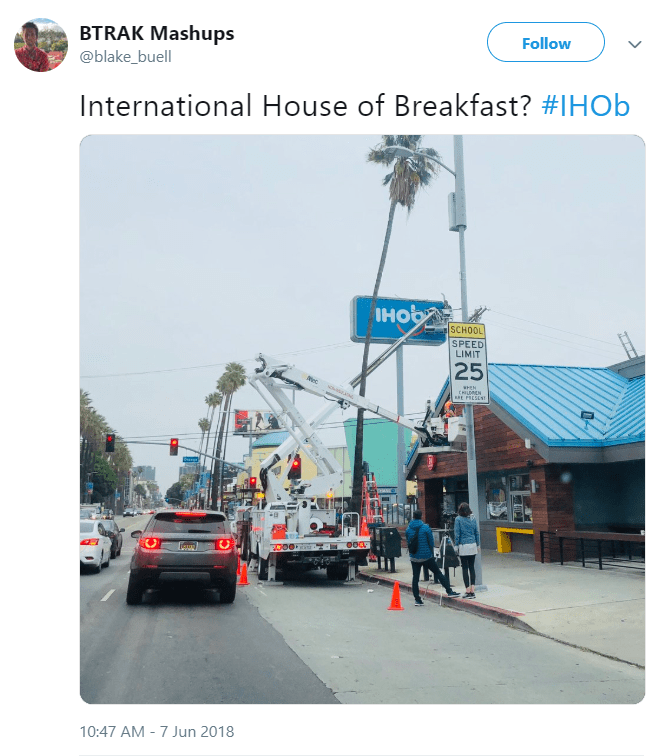 You’ve Got To Stand For Something

Jaws dropped in September when Nike chose to feature the polarizing Colin Kaepernick in its 30th anniversary ad campaign. Kaepernick is the former San Francisco 49ers quarterback who was the first NFL player to kneel during the national anthem… as a protest against racial injustice and police brutality. Even though he is only on screen for a few seconds at the end, he provides the voiceover for the full reel. The ad itself is worthy of several tissues if you’re the sort to get weepy at watching people triumph where most would have given up. At the end, Kaepernick says, “Don’t ask if your dreams are crazy. Ask if they are crazy enough.” After the campaign aired, people posted protest videos of themselves ripping the logos off their Nike products and burning their Jordans on charcoal grills. But the company saw huge gains in sales that month, and by mid-September its stock had reached an all time high.