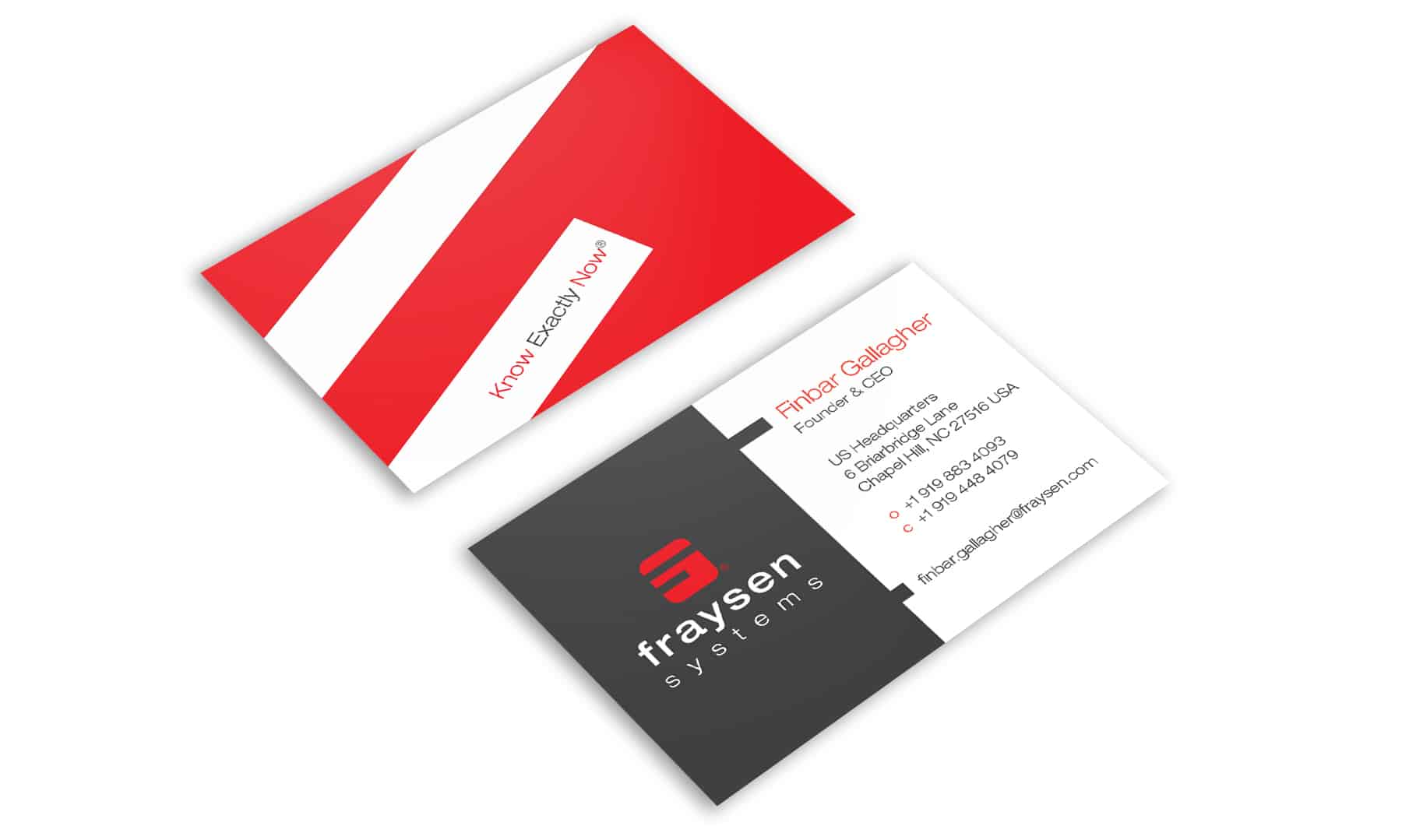 We were able to see immediately that Fraysen offered much more than an out-of-the-box software package. They brought a proven track record in re-engineering business workflows and utilizing automation to free up senior management’s time. Fraysen’s solutions have enabled customers to get more done with shorter meetings, less firefighting and more predictable operating costs—removing critical constraints and opening the way for sustainable growth.

Due to the complex technical nature of what they sell, Fraysen had always found it challenging to articulate the benefits of their software solutions, especially when they needed to convey those benefits to non-technically oriented buyers. In addition, Fraysen was offering new types of products that were unfamiliar to the marketplace. Prospective customers did not automatically recognize the need for the type of solution that Fraysen delivered, nor did they easily understand it. Fraysen needed a way to connect with customers who did not speak the language of their industry.

Disruptive technology solutions are inherently difficult to sell, especially during the early part of the adoption cycle. When a new product does not fit neatly into a universally-recognized category, it tends to meet with skepticism and confusion from new buyers. For this reason, Fraysen’s previous marketing campaigns had met with limited success. Fraysen needed an effective strategy for quickly engaging with prospective customers and creating strong appeal on the first impression. They needed to paint a high-level picture that showed specifically how they made an impact on their customers’ businesses.

From our initial discussions with Fraysen CEO Finbar Gallagher, we found that previous marketing messages had been developed in isolation, primarily based on the internal team’s existing knowledge of its solutions. We concluded that while Fraysen was accurately describing the value of its systems, prospective customers could not understand or connect with the brand message.

“We needed people to see that we weren’t just selling another tool that could make pretty little charts,” says Fraysen CEO Finbar Gallagher. “We had the ability to solve our clients’ hardest problems, but that was not getting across in our messaging.”

We initially recommended a redesign of the Fraysen logo after carefully considering its impact on the customers’ perception of the brand. Fraysen founder Finbar Gallagher’s gentle and amiable demeanor had inspired the old logo (a blue and wavy design). While the laid-back look and feel had helped to lower initial resistance, this branding did not align with Fraysen’s position as a market leader that delivered disruptive technology solutions. This led to the decision to make the new logo red with crisp lines to convey a sense of swiftness and authority. We then created a new web site to reflect the redesigned look and feel. Hummingbird took an empirical, real-world approach to developing a new branding and positioning strategy for Fraysen. After meeting with the internal team, we conducted a series of interviews with Fraysen’s top customers. We asked them a series of questions to determine the critical factors that had motivated each customer to choose Fraysen. The interviews uncovered a series of different pain points and buying motives that came into play at different steps of the selling process.

Fraysen’s customers told us, in their own words, why they bought Fraysen’s products and why they continued to trust Fraysen as an expert resource. We mapped out the language that customers had used to describe what was important to them. In the process, Fraysen decided to bring back its original tagline: “Know Exactly Now.” “The tagline was one I had created many years ago, but we did not have the context to make it effective,” Finbar says. “The repositioning by Hummingbird made us realize it was the right message all along. It just needed the supporting story and customer language.”

We developed channel-specific campaigns with clear and measurable goals, and the language for each campaign originated from what Fraysen customers had told us. After developing the operational strategy, we created messages for each step of the buyer’s journey. We coached Fraysen’s sales team to anticipate specific types of conversations with prospects in various scenarios. We also developed supporting marketing collateral designed to work hand-in-hand with the sales process (such as rack cards and show banners).

We implemented an automated lead nurturing system, ensuring that each prospect would receive a series of timed messages at different points of the buying cycle based on our research. This ensured more consistent followup and also reduced the amount of time that the sales team had to spend manually composing emails. The language of each message was based on what Fraysen’s customers had said they appreciated most about working with the company.

Fraysen has begun to see improved sales momentum, as well as increased brand awareness and social media engagement. Their messaging is much more clear and precise, making it simpler for the sales team to communicate the business impact of Fraysen’s products. Sales representatives are able to lower buying resistance and earn the complete trust of prospects more quickly— allowing them to act as partners and advisors.

“For the first time, companies started to buy our product without even meeting with us,” Finbar recalls. “Previously, we needed to meet with each customer face to face before they would understand what we offered. Working with Hummingbird has made it much simpler to articulate our value, which has helped us to quickly attract the interest of prospects that are geographically distant from us. Now, when we meet with someone face-to-face, we are able to spend that time solving the customer’s problem rather than explaining what we do.”

We were also able to help Fraysen grow its presence in the Triangle. “Our name was not known in the Raleigh/Durham area,” Finbar says. “We really appreciated how Wendy made an extra effort to help us connect with the right people and grow our business network.”

We look forward to working with Fraysen over the long term and continuing to help grow their company. “Our whole team now speaks about our company with a new level of confidence,” Finbar says. “We have enjoyed a new level of success that we could not have accomplished on our own.”

“We needed people to see that we weren’t just selling another tool that could make pretty little charts. I am very happy with Hummingbird. They focused me on what Fraysen’s customers value, and on practical steps it gives me confidence and sets me up for successful conversations with prospects.” Finbar Gallagher, CEO at Fraysen Systems