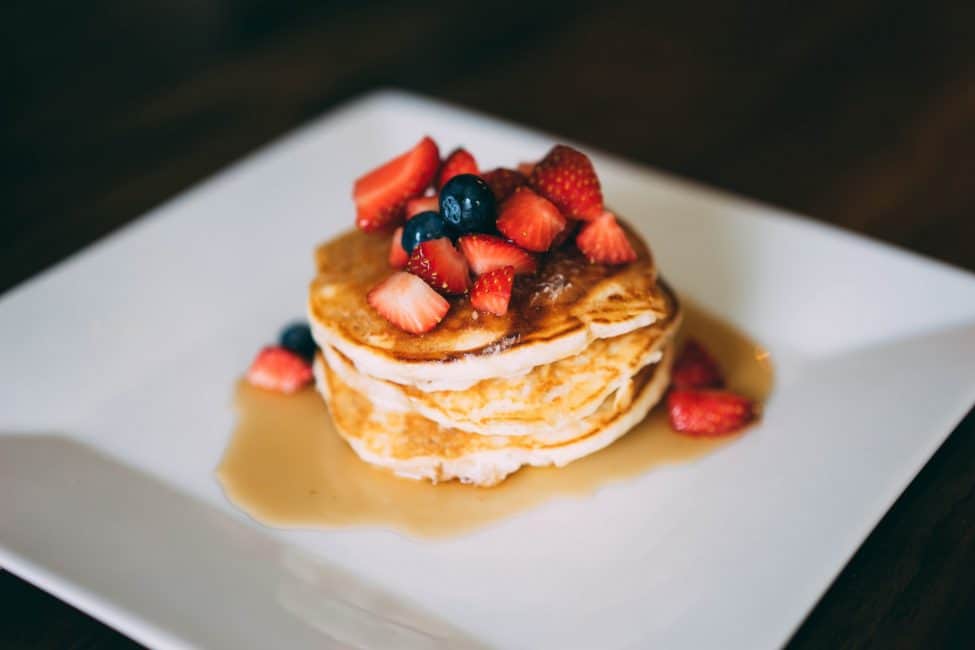 Should We Consider This Campaign A Hit Or A Miss?

IHOP, also known as the International House of Pancakes, made a huge announcement June 4.

Over the course of a week, they began to tease their Twitter followers. Between polls, changing the Ps in their tweets to Bs, and posting GIFs, fans were trying hard to guess what the new name change would mean and, more importantly, why the brand is changing their name. Guesses included bacon, breakfast and more. They even released a video to “helb” customers pronounce the new name.

B-cause we know you’re all getting used to our new name, here’s a guide to helb you bronounce it broberly. We suggest listening to it at least 30 times. pic.twitter.com/9z80MIp08q

Fans were tweeting the brand with image of cherry pickers changing the P to a B on restaurants.

Finally, this morning, they released the reason behind the new name.

Burgers. The B stands for burgers, and the Internet was not impressed. Critics everywhere were asking the brand why they decided to make a name switch since burgers aren’t exactly breakfast food, which is what the brand has made a name for itself doing. Some people were even calling for the marketing team to be fired.

Your marketing team needs to be fired…ASAP.

Please fire everyone related to this marketing plan. Literally everyone.

There was even chatter about the new logo looking similar to a brand of tampons. People on social media questioned if the marketing team had any women on it at all to not have noticed this similarity. And while this name change has drummed up a lot of buzz for the company, many are warning IHOP (or should we call them IHOB now?) that this name change could be detrimental to the chain in the long run. While the chain hasn’t spoken up about the backlash, they did have this to say about the change: [Callout] “We knew we had to be bold in order to shift perceptions that IHOP can only do a great breakfast– the tongue-in-cheek name change speaks to the fact that we’re just as serious about our burgers as we are about our pancakes.” But, why should they want to change? Isn’t part of good branding to find what makes you different and build your brand around that? Places like Wendy’s have the burger game downpat and aren’t impressed with IHOP’s new plan.

Not really afraid of the burgers from a place that decided pancakes were too hard.

Brand equity takes years to build and is the cornerstone of customer loyalty; IHOP decided to just throw away the equity they spent 60 years building. They’re known as a place to get breakfast and brunch– not a place for lunch or dinner. The chain’s addition of burgers is to get a slice of the lunch and dinner traffic they feel that they’re missing out on. However, what IHOP failed to mention is that this isn’t a permanent change, it’s only a marketing campaign. Darren Rebelez, president of IHOP, told CNN Money, “We are definitely going to be IHOP. But we want to convey that we are taking our burgers just as seriously as our pancakes.” A marketing campaign should help, not hurt, a company’s branding. We all know that campaign, the one that’s so good, has the perfect messaging, reaches your target audience and you just want to extend it for another year. It’s so good, in fact, that you consider reconfiguring your brand to match it. Don’t give in to the temptation. Your brand communicates who you are, a campaign, what you do. IHOP, as a brand, is a family-centric chain that serves breakfast foods. They’re about connecting as a family and being served with a smile. They ask their customers to savor every minute, saying goodbye to drive-thru meals, but come as they are, no need to dress to impress. Their brand is about the comfortability of breakfast. IHOB is not about comfortability. It’s what surmounts to a publicity stunt, a “symptom of the enormous pressures on marketers to get noticed,” according to Allen Adamson, co-founder of Metaforce. But, if you ask other experts, the name change is all in good fun, like CEO of Sol Marketing, Deb Gabor. “It’s a lighthearted publicity stunt that’s renewing interest in the brand among a generation of restaurant patrons for whom IHOP wasn’t previously a top-of-mind choice for casual dining.” While Gabor doesn’t know what the outcome of this campaign, she admires the company for starting the conversation about their brand. The social media crowd is likening it to the fiasco that was New Coke. But, regardless, they’ve gained some attention. Whatever side of the fence you’re on, IHOP’s– or, we guess IHOB’s (for now)– new burgers start at $6.99 and come with unlimited french fries at participating locations.