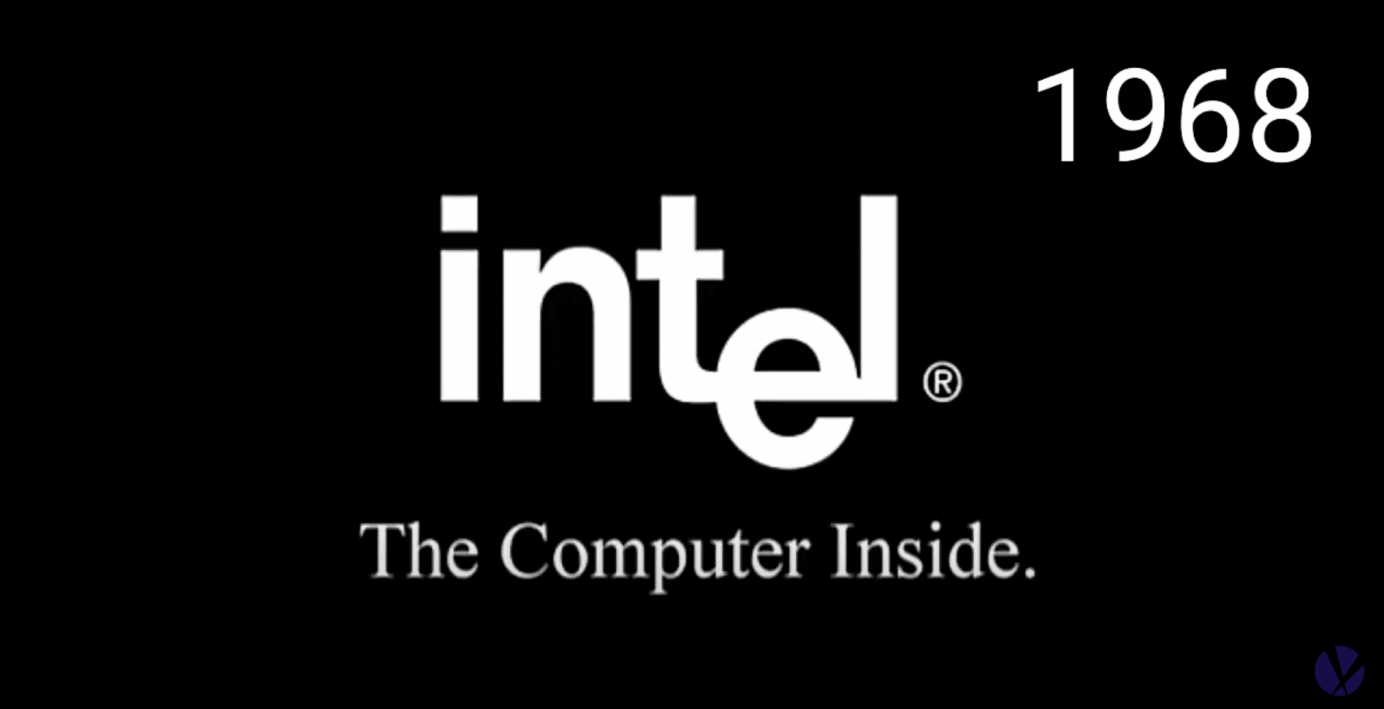 2020 was a year of big challenges, and it’s not over yet. But guess what? It never will be. As long as we’re in business, there will be challenges to navigate. Hummingbird is using this space to focus on how big brands have navigated some challenging times, how some have bounced back or gotten ahead with smart branding.

We investigate the four areas of branding that Hummingbird concentrates on with its own clients—strategy, identity, awareness and loyalty. The companies in our series stand out for various aspects of their branding, whether it’s better positioning, a well-defined corporate identity, strong brand awareness, leadership and reputation management… The list goes on, because the possibilities for smart branding are endless. We hope these stories inspire you.

Branding-wise, we take a professional interest in how tech giants navigate the ups and downs and in-betweens of the market. After all, our clients have to do the same thing, just on a smaller scale. One day around the virtual water cooler, we Hummingbirds were marveling at Intel, which started from scratch (like any company) to grow to a revenue of $77.9 billion in 2020. We geeked out about all the cool branding things Intel has done over the years, all the cutting-edge, innovative moves. But lately, Intel has seemed like a bit of a faltering giant. Using our bird’s-eye view of the company’s trajectory helped us spot some eye-opening branding lessons for every business, large or small.

1968. Intel is founded by two tech pioneers from Silicon Valley who focus on research and development for new technologies. They settle on the name Intel, a marriage of the words INTegrated and ELectronics. The name was already taken (by a hotel chain, no less), but they buy the rights rather than dream up an equally intelligent (get it?) replacement. Within three years, Intel invents a groundbreaking memory chip and begins to turn a profit.

Bird’s-Eye View. From inception, Intel embraced and invested in mass marketing and advertising with animations the ad world had never seen the likes of. They took chances with font treatments, with the dropped “e” as a visual element that really brings consumers’ attention to the company name,  stylized to amplify their reputation as THE tech leader.

1971. Intel’s 4004 microprocessor—a general-purpose, programmable microchip—is designed to replace clunkier chips that use custom-built programming. The 4004 promises to make computing cheaper, more powerful and more accessible to all. An Intel ad in Electronic News announces, “A new era in integrated electronics,” but microprocessors don’t become a big product for the company until the 1980s, when PCs take off. Intel’s 8080 (4004’s successor) was used in the Altair, a mail-order kit for the very first PC, and in a Boeing cruise missile.

Bird’s-Eye View. Through strong brand messaging in advertising, Intel really embraced the idea of being a pioneer in the technology space, introducing new ideas far before their time. This helped build interest and excitement among the general-public target about tantalizing future access to a new level of technology.

1980s. Intel produces a succession of CPUs that appear in IBM’s first PC and in devices from other prominent manufacturers. Intel’s 286 is a huge technical leap; when the company releases the 386 family of microprocessors, people must be convinced to trade up. For the first time, Intel addresses consumers directly—its “Red X” campaign crosses out “286” and follows up with ads extolling the virtues of the 386.

Bird’s-Eye View. This was another pioneering moment when Intel introduced the idea of “versions” as improvements to technology. The graphics really help push along an idea of upgrading that had not been explored before. Another great strategy to building brand loyalty.

1991. The “Intel Inside” campaign makes the company a brand name in every household. “Ingredient branding” develops awareness among consumers of what’s inside their PCs. It helps original equipment manufacturers advertise the quality of their products; people can glance at the box, see the desirable “Intel Inside” and feel confident that they’re buying a quality product.

Bird’s-Eye View. How brilliant Intel was to take a commodity and market it in such a different way. They were real leaders when they created the “Intel Inside” campaign, making people feel cool to have Intel Inside their computers. It made them feel like they’d made the right purchase; it was something to brag on. It gave consumers and the company alike a sense of pride in the brand, in turn growing brand loyalty.

1997. The Intel Bunny People make their debut on a commercial during the Super Bowl. Fabrication workers in their sterile suits introduce the manufacturing process to the public as they dance to “Play that Funky Music.” Intel’s tongue-in-cheek follow-up: “The MMX media technology department at Intel, where highly trained professionals are engaged in the extremely precise process of adding fun to the Pentium processor.” Bunny People dolls become a thing, and Bunny People grace the pages of an Intel book to help kids understand Intel technology.

Bird’s-Eye View. This was a fun product launch campaign that really took the brand to a more engaging place for a youthful market and made it more cool. The company chose the largest advertising platform in the world, the Super Bowl, to show their commitment to continuing to evolve the technology and acknowledge the ever-changing market for their products.

2010. Forbes reports that Intel, to sustain its strong growth, plans to pursue trendsetters in their early 20s with “authentic, festival-like” marketing that includes art, film, music and social. The company also pares back branding for 14 different chips to focus on marketing its overall brand and building community and conversation with its 80,000 employee brand ambassadors. The “Visibly Smart” campaign sends the message that Intel—not just its chips, not just its components, but The Brand—makes a difference in people’s lives.

Bird’s-Eye View. This campaign is a great example of influencer marketing and the strength of social sharing before they were a thing. Intel was smart to recognize bloggers as not just a target market for technology, but also the perfect storytellers to embrace the brand and spread the word. This campaign also gave Intel the opportunity to be not just “inside” a computer, but “inside” its users’ lives and minds!

2016. Harvard Business Review reports that Intel pares its workforce by 11%; the PC chip market is in decline. HBR sees three lessons Intel should remember as it looks to expand into other markets like data center processing and the Internet of Things: 1) “Competitive advantage is built not just in the R&D lab and manufacturing fabs, but in the marketplace and in customers’ minds.” 2) “The brand becomes the competitive advantage.” 3) “You don’t just build products, you build markets.”

Bird’s-Eye View. As a company, Intel needs to change and adapt again. Strategy needs to be formed around messaging that speaks to their ever-changing target customer. If the chip market is in decline,  how can they embrace the brand loyalty they worked so hard to grasp in prior years and campaigns?

2020. Intel slips. Apple dumps them, choosing to manufacture its own chips. Intel’s years’ long efforts in the mobile market flounder. Nvidia displaces Intel as the most valuable US chipmaker; Nvidia has shot ahead as it expanded from PC chips into data centers, cars and AI used in gaming. Opinions are that Intel struggles to diversify.

Bird’s-Eye View. Intel has to question if it’s the innovative company that they were. The company seems like a bit of a fallen giant. They’ll have to figure out their next pivot pretty quickly. How can Intel find its sense of pride again and embrace the customer? The innovation leader must find a way to innovate. Have they really been more of a proud leader in a niche than a leader of diverse products?

September 2020. Intel hires Justin Long (from “Hi, I’m an Apple” ads) to do what seem like turn-and-attack ads on Apple, with varying opinions from marketers on whether it will succeed or if it looks desperate and retaliatory.

Bird’s-Eye View. Speaking of pride… We always hate to see a competing company pull in a spokesperson like that. Attacking Apple is dangerous, definitely the wrong move—Apple’s products are amazing, and people can’t help but love the brand. This is not innovative branding—where did that sense of innovation and fun go? Where are this decade’s Bunny People and the innovative, Visibly Smart consumers? And, as far as the product goes, will there be a new niche that comes natural for Intel, or will they have to totally reinvent the brand?

September 2020. Forbes reports that Intel is launching a new brand identity around company aspirations for the future…  Intel sets company goals for 2030 of sustainability, diversity, inclusion and empowerment… Intel reveals its new tagline of “Do something wonderful” and Intel’s CMO says, “The brand is going to have to work harder for growth in service of our products, our people, and our partners.” Intel conducts testing in five countries with an unspecified number of employees, following up with interviews of 75 staff members. The company also tests consumer and B2B messaging in six countries with 300 people from four audiences in each country.

Bird’s-Eye View. The survey numbers may be low for a company of this size; it doesn’t seem like Intel has gathered enough feedback to find out what customers and employees are thinking and understand the Voice of the Customer and how it  has evolved. They seem to be trying to say the right thing, but buzzwords are not a sustainable branding strategy. Where’s the proof? How are they going to realign so their stakeholders will believe in them again?

On the surface, it feels like Intel’s products aren’t living up to their brand promise. For example, if they can’t keep up with the gaming community, there’s a bit of a disconnect with the tagline “Do something wonderful.” Brand seems to be shooting ahead of product, with Intel’s innovation lagging competitors’. If this is the extent of it, how is Intel going to speak to the geeks again? Can they live their innovation again? It’s not enough to talk themselves into it with a tagline. Do they have a strategic operational plan on how to get there? Only time will tell if the technology giant will get back on board the innovation train and win again!

At Hummingbird Creative Group, we build business value through better branding. Contact us to find out how we can build your business’s value: