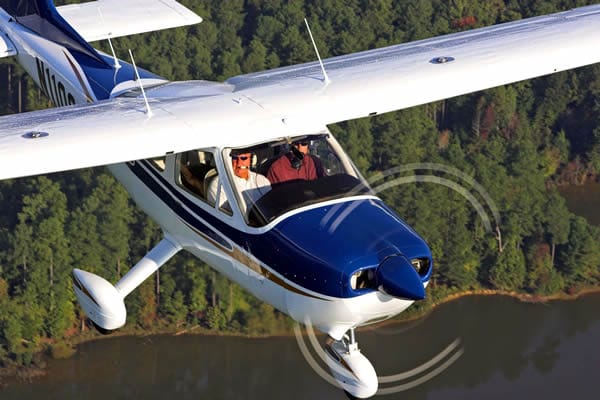 We met with one of our clients, Charlie Sarratt, in a field where he does his work: amidst red mud and rusted rebar. It’s a construction site here in Raleigh where a Cathedral is being built—the only new Cathedral being built anywhere in the US.

Charlie owns an aerial photography business, and he’s helping the Catholic Church document the construction of this momentous and monumental structure. Charlie is the “second-best” aerial photographer in the world. He may in fact be the best, but he likes to save that title for Yves Tremblay, an old friend of his. And not because Yves is better, only because Yves claimed the title years ago.

Charlie tells the story, “He flew here to shoot a pharmaceutical building. . . He got paid $12,000 plus all expenses.” Charlie grins, and you can tell that it hurts him to admit that a local Raleigh company hired a pilot from a thousand miles away (Quebec, Canada) to take pictures at an exuberant rate.

After the shoot was over, Charlie had the chance to ask Yves about it: “I asked him why. She could have hired me, and frankly I’m better than him. But they hired him.” When he asked Yves, he only said, “…because I’m me. She wanted an Yves photo.”

And that’s branding. Yves is an old master. According to Charlie, Yves’ self-branding runs so deep that if you meet him, he will introduce himself as “the best aerial photographer in the world,” and you’d believe him. Céline Dion believed him and hired him to take aerial photographs of all her various mansions. And people will continue to hire him, not because of his company, technology or prices, but because he’s Yves. Because when it comes to capturing that key moment in time, you only get one shot.

Charlie also has that knack for getting the perfect shot – the shot that stands out and captures a story. He’s now working with Hummingbird to update his website, and we’ve spent some time talking about re-branding. Of course it’s more than coming up with something to say, or a tag line. Otherwise we might as well copy Yves. It’s about Charlie. Charlie is a different person with different interests trying to do a different thing. He would never shake your hand and tell you that he’s the best aerial photographer in the world… That’s not Charlie.

Charlie is more like the quiet genius. He doesn’t boast or brag. One of the great ironies of his life is that he hates having his picture taken—that’s why we don’t have one to show you now. But he knows his competition, and he pushes himself beyond any of them, even Yves.

When you meet Charlie one on one, you’ll know why he’s the world’s “second-best” aerial photographer. You’ll know that he will do whatever it takes to be the best, only he won’t publicize it. He’ll keep quiet. He’ll remain the hidden gem, the shy celebrity, the humble genius.  That’s Charlie’s brand. It’s about the story, the shot, the art; it’s not about him.

At Hummingbird Creative Group, we build business value through better branding. Contact us to find out how we can build your business’s value:
919 854 9100   |   info@hummingbird-creative.com